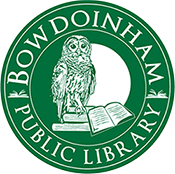 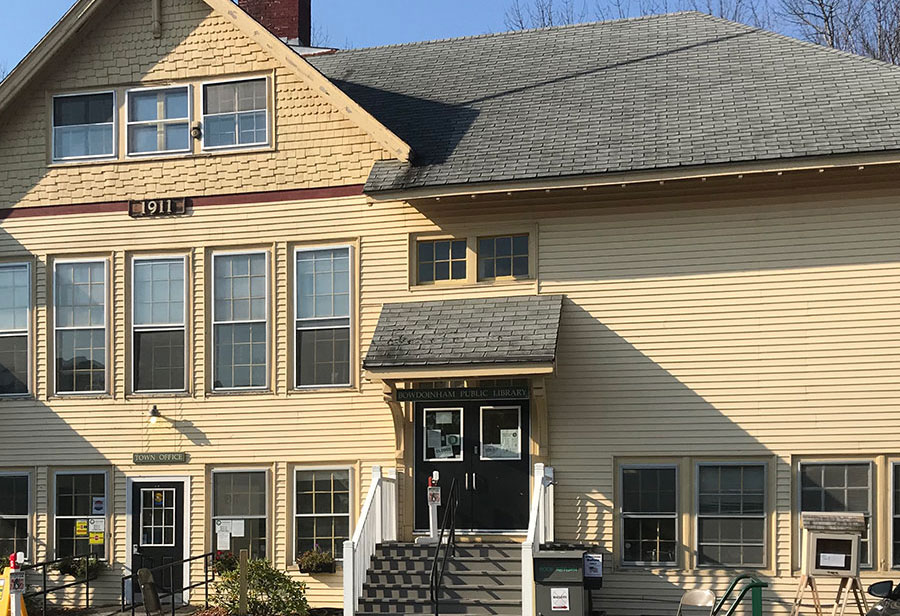 1910
March 14. L.D. Small and J.H. Ames as well as other town gentlemen signed incorporation papers to “establish and maintain a public library and reading room” to be housed in the office of Alton C. Small, above the Small’s drug store on Main Street.

1913
Ida Fowle Carras (right side of photo) graduates from Coombs High School. Ida will go on to become the telephone agent in town from 1934–41. She lived to the age of 107 and donated to the library both books and financial support. She is among our finest “Library Angels.”

1929
The Bowdoinham School and Public Library was opened to the public in the basement of the Coombs School. It was open two afternoons and two evenings a week.

1946
With help from the Davenport Fund, a small building on Main Street was purchased, next to the site of the current Credit Union. A library association was established to oversee the library’s operation.

1964
Eva M. Palmer took over from Helen Dudley as librarian. Ms. Palmer would hold the librarian job for the next 16 years. We consider Eva Palmer a true “Library Angel.” She is the library’s most generous benefactor to date.

1974
The first Library Plant Sale was held. The plants were on sale behind Dickenson’s Store and the event raised $131 for the purchase of interior paint for the library.

1975
The name of the library was changed to the “Bowdoinham Public Library”.

1984
The town gave the library the use of the former Kindergarten Room in the Coombs School building. A “book brigade” of elementary school children organized by Leslie Anderson passed books from Main Street up the hill to the new location on School Street.

A computer was added to the library for public use. The library was expanded into the former 1st grade classroom.A few years later, in 1999, the library launches its first website.

2010
Through the gifts of Ida Fowle Carras’ estate, the library was able to fund new shelving and improvements to the children’s room.

The future is in our hands.